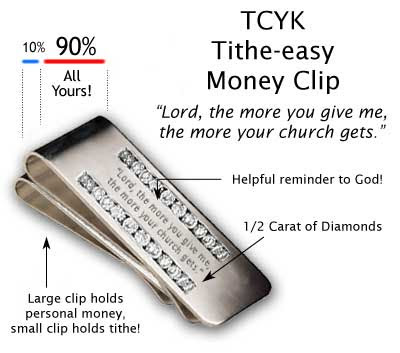 A few years ago my husband and I made a commitment to tithe, donating 10% of our income to charitable causes. This reflected a growing confidence in our financial situation, a desire to become more systematic about our charitable giving, and the availability of software to make tracking easier. Of course many people in the world tithe on very modest incomes, but it was not yet part of our consciousness. It was also spurred by the fact that as income grows, the percent that one spends on necessities decreases. (Of course as income increases, it's often accompanied by an escalation in one's definition of necessities, but that's a post for another day.)
The ten percent is fairly random. We were inspired by the biblical tithe, but while we consider charitable giving to be commanded in some sense, our formulation is idiosyncratic. We take our gross earnings, both earned and investment generated, subtract all the various taxes we pay, and add some of our pretax benefits. The net of that equation yields our number for the next year. I think of it as Schedule T because we don't have the numbers in hand until we've prepared our income taxes. Our list of "tithe-deductible" donations is not identical to our itemized charitable donations, because for tithing purposes we include political donations and some gifts to lobbying causes which are not tax exempt.
Tithing is widely observed in some church communities, but in secular life it seems to have more or less disappeared. We like it because it is a structured approach and takes some of the randomness out of charitable decision making. We know what our annual pledges and commitments are and how much "discretionary" contributing we can do. We can track where we are in the year, as with any budget information. We simply set up a GoogleDoc, and list each donation on it, with a running tally. And at year's end, if the funds are gone, we have a graceful way to decline solicitations. "We overspent our charitable budget" feels less icky than saying "no!". One common pitch is "don't give until it hurts - give until it feels good." This feels great.
And it's nice to know we've inspired at least one young person do to this, too.
When I went looking for a visual, the tithing images were very pious. To me this is not about piety. Giving is one of the great privileges of being privileged. But to my surprise I did find a tithing Money Clip:

Posted by Betsy Teutsch at 8:57 PM

That money clip is awfully funny, in a sick sort of way. I especially enjoy the "helpful reminder to God." Try "whiny refrain": But goooooood, you prooooomiiiiiised! I only gave away all that money so you'd bleeeeesssss meeeeeee!