Bah Humbug on Twinings Earl Grey! 40% of the Flavor? 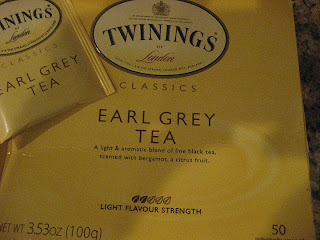 We love tea.  Earl Grey has always been a favorite, so one year I was thrilled to see a whole big tin of it at Costco.  Bad idea.  By the second year, there was no flavor left in the tea.  Lesson learned.
But I was willing to buy a box of 50 tea bags.  These were oddly weak from the get-go, barely enough to brew one cup, let alone a pot.
Perhaps you will see the problem more quickly than I did.  But eventually I did notice that these were marked as weak tea bags.  Not my imagination.  The very clever part, unless you like pissing off your loyal customers, is that the tea bags aren't 60% smaller, they are full size tea bags with 40% of the flavor.

Posted by Betsy Teutsch at 8:09 PM