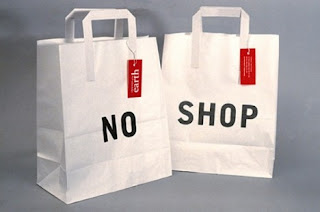 For some, deep ecological truths are, looking back, arrived at in spectacular natural settings or dramatic experiences. For me, two anecdotes stand out as clearly pivotal, changing my thinking and my behaviors – hence, eco-epiphanies. The first was nearly twenty years ago, listening to Rabbi Arthur Green’s Yom Kippur sermon. I have no recollection what exactly his topic was, but his line: “American disposals are better nourished than many people with whom we share this earth” was so true and so jarring, that I vowed to start recycling that minute. (I didn't yet know about composting - recycling was then cutting edge!) Step by step, year-by-year, my consciousness about waste grew, until I became an environmental activist – fortunately, along with many others. However, I still thought of waste as a personal matter, that I should be more careful not to waste food to begin with, buy less packaging, that sort of thing. Virtue, as Dick Cheney would call it.

The second truth arrived in a story about Sudanese refugees, teenage boys settling in the . Survivors of great trauma, all orphans who had lived in refugee camps for many years, they were brought here and settled by Lutheran Services. Social workers helped them adjust, and it was educational for both these “Lost Boys” and those who helped them. One woman described taking them to a Big Box store to outfit them with American necessities. They stopped to look at a wall of hair dryers, unfamiliar to her charges.

On their first afternoon together, she took them to Wal-Mart for clothes. They gaped at the endless rows of textiles and gadgets, including some that looked like futuristic handguns. “Those are hair dryers,” Bernstein explained. Benson couldn’t wrap his mind around it. Why would you buy a machine to dry your hair? It dries on its own.

Somehow that shocked me into awareness of how ridiculous much of our consumption is – looking at it through the eyes of the world’s have-nots. We Americans live in a bubble. We don’t question basic assumptions about how we use resources, and allow ourselves to be absurdly wasteful, spending time, money, and natural resources to do things that don’t need to be done to begin with! We could live a high quality of life much more resource efficiently, and certainly will need to do so if the planet is to survive the onslaught of the results of our over-consumption.

Suddenly we find ourselves in a world which looks very different – many Americans are in fact being forced to get by with less. It is interesting to watch Americans driving less, for example. Is this change do to:

Clearly, for many of us, the recent experience of economic contraction is unprecedented. The same behaviors being touted for saving money are identical to those which save natural resources and decrease carbon emissions. Perhaps the new habits folks are acquiring can be reinforced by public policy, incentivizing our consumption in ways which will, while not cutting into our quality of life, will make us wiser consumers and better world citizens. Better late than never….

Posted by Betsy Teutsch at 9:14 AM

I think for all the trauma and anxiety this current economic mayhem is causing, it really does have the potential to effect real, positive change.

Its not easy when the hard choices are thrust upon us all of a sudden without our consent - or buy in if you'll pardon the pun!

We just need to embrace the possibilities, and learn to enjoy the simplicity that comes with frugality.

I can't help but feel that being forced to think about our consumption and having to consider what is necessary and how much is enough opens up great opportunity to imbue our lives with more meaning!